How do I know if my computer has been hacked? Most computer problems are not caused by computer hackers. It is more common for a computer to be hijacked by a virus then to be hacked. It can be difficult to detect a hacker on a computer because the hacker will hide or disguise their actions. 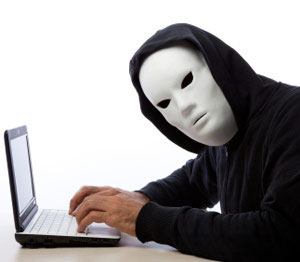 WonderHowTo Welcome back, my rookie hackers! Now that nearly everyone and everyplace has a computer, you can use those remote computers for some good old "cloak and dagger" spying. In this brand new seriesComputer hacking will explore how we can use the ubiquity of the computer to peek in on just about anyone and anyplace.

Unlike the spy movies of yesteryear where the spy had to place a listening device in the lamp or in a houseplant, as long as there is a computer in the room, it can be used as a "bug. James Bond and Q have nothing on us! In this first part, I will show you how to convert any computer, anywhere, into a listening device.

As nearly every room now has a computer in it, you can put a bug in nearly every room, unnoticed and undetected. To be able to use any computer as a bug, the first step will be to compromise the target computer. Since we know the victim it may be a girlfriend, neighbor, spouse, business associate, foreign diplomat, foreign spy, etc.

The key, of course, is to create document that sounds compelling, or at least interesting, to get the victim to click on the Word document. This becomes an exercise in social engineering at this point. If the victim is a business associate, it might be Word or Excel document with a sales or other report.

If it is a neighbor, it may be a link to a community webpage. I hope you get the point. Be creative and imaginative and send something that the person will be compelled to open and view.

This past spring, Microsoft revealed that hackers had found a vulnerability in Microsoft Word and Office Web apps that could allow remote code execution read, rootkit.

As you can see, they have named it MS In addition, note that this exploit works only on Office Set the Payload Next, we need to set the payload to place in her "lovepoem. This is the IP of your system.

This tells the payload who to call back when it is executed by the victim. Finally, simply type "exploit. Open a Multi-Handler for the Connection For the next step, we need to open a multi-handler to receive the connection back to our system.

Send the Love Poem to Your Girfriend Now that we have created our malicious file, you need to send it to your girlfriend. You likely will want to send it via an email attachment with a note telling her that your wrote her a short poem to express your love for her.

Compromise Her System When she opens it, we will have a meterpreter session on her computer like that below.

Now comes the good part.The question “how to hack a computer” is probably the one that is most frequently asked by many Internet users and hacking enthusiasts. So, in order to address some of the common questions and doubts on the subject, I have decided to write down this article.

If you are looking for information on possible ways to hack a computer, this post can surely help you out. Computer hackers are unauthorized users who break into computer systems in order to steal, change or destroy information. This article will discuss how computer hackers and predators operate and how to protect yourself.

Hacking a Computer - Hacking a computer is possible through the use of primitive computer programs. Find out how hacking works .

Hacking a Computer - Hacking a computer is possible through the use of primitive computer programs. Find out how hacking works and how hackers break into your computer.

Hackers with bad intentions make up a surprisingly small percentage of the hacker community. Learn more about hackers and how hackers help the computer world. If you are wondering how to hack a computer, he is a detailed article discussing possible ways and means to learn and implement various computer hacking techniques.